Ever been at that point where you feel like there’s nothing more to learn in Music? Ironically, when you hear someone else play say guitar or Piano for you sure can tell that they are playing notes you’ve never played. So you have to keep watching or listening and copy them. Well, you’re not alone. I have been there. Yes, until i decided that music has to flow! Today’s post focuses on reasons for stagnation and dropout cases among the would be musicians. 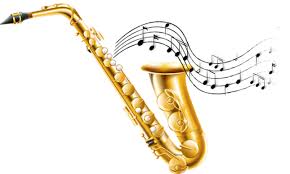 When you enter a music class for the first time, everything seems childish and very easy to master. As an adult learner, one is always tempted to tell the teacher to move to real stuff. In my teaching, I have had such cases. At first  I’d  really feel intimidated and allow the student get what he wants. After sometime, I realized the very student was making a lot of mistakes in the advanced classes. I almost concluded that my teaching was bad. Upon reflection, I realized one thing, this student had ignored the basics. Things as little as “What is a tone, what is a diatonic major scale? How do we create a diatonic minor scale are seemingly simple but if not grasped well, mistakes are inevitable.

If you never learn which major chords are needed in a normal major scale, there’s a likely-hood of you placing them in the wrong position thereby missing out on sound chord progression. Also, failing to grasp the concept of rhythm at the beginning results in one messing with the beat in music.

For most people (at least the ones I have taught), music is not a career. It is a hobby, “…something to do while am free…” They say. Being an educationist, here’s my simple advise, Music can be a hobby, but learning should never be taken as one. Music is an intricate skill, a language of its own. One needs to dedicate time, get focused if at all one needs to master a thing or two, be it music theory, instrument or vocal perfection. If, after registering for a class one discovers s/he can’t get at least half an hour for music practice, my honest opinion would be just drop it. Taking a music class today and dropping the books behind the shelves for a month before dusting them for lesson two is being unfair to yourself and your instrument. Besides, you will never grow, since each time your mind will always want to restart.

At DoweMusic, we say that music is a language. In this case, your teacher needs to own the language. Well, s/he might not need to be a professor but then how much does s/he know of the little s/he claims to know. I do not know about your environment but I grew up in an environment where learning was just by observation. One is just told to master positions of chords and that’s it. It somehow works but then the learner becomes handicapped. It takes a good musical ear to progress to more complex chords and/or scales. My advise at this point is that you shouldn’t just see the position, know the name and why that chord or note is being used. This way, you will be able to apply it in another key or scenario when called upon. Here’s what I think makes a good music mentor/teacher:

N/B: Hard truth is that not all well versed musicians can teach. The talent is good but teaching skill is required for the learning to be effective.

Have no product in the cart!
0